I’ve had some hard couple of weeks, ever since we had a meeting in the kindergarten. They want to see if Nathaniel and Leon have ADHD or maybe even autism.

Personally I think they have ADHD, not autism. They are two happy kids with a lot of love for other people, and they care a lot. I’ve read a lot about autism in the last few weeks, and I don’t think they show any strong signs that’s typical for children with autism.

But I’ve been thinking for quite some time that they might have ADHD. There are many in my family with ADHD, and premature children have a bigger chance of getting it than “normal” children.

As if twins wasn’t hard enough… Twins with ADHD takes parenting to a whole new level. But – I’ve made it so far (more or less), and I think I will do fine.

They don’t have a diagnosis yet, but I’m pretty sure there is something.

They have a lot of anger, and they are extremely hyperactive. They rarely sit still for more than 2 minutes at a time, and they have an enormous need for attention. Negative or positive. They really drive me crazy sometimes, and I don’t always know how to handle them.

Bedtime have changed a lot since summer, and I rarely spend more than 30 minutes getting them to sleep. (unless I fall asleep myself, lol). I tickle their back and sing for about 10 minutes, and they’re sleeping like angels.

I’m actually looking forward to them being investigated for abnormalities, because I think it will be easier for me to raise them if I have the right knowledge. And I’m pretty sure that no matter what it is – I will handle it. 🙂

Hi. Since I don’t have so much time on my hands, I won’t be able to update the blog on a regular basis. I’d rather prefer to maintain my Norwegian blog, since I find it a little bit harder to express myself in English.

I can tell you that I was recently on Norwegian (LIVE) television, on “God Morgen Norge” (good morning norway). It was kind of exciting, but I looked terrible. But, who cares. 6 millions have already seen me without makeup, so bad makeup can’t be any worse.

When that’s said, I think all of the popularity the video has gained is wierd, and I don’t feel like it’s “right”, if you understand. I’ve been on TV in many countries, but I can’t say I feel any different than I did before, and it doesn’t really matter to me. It was fun to start with, but it got kind of exhausting and boring in the end.

My facebook is never peaceful as it used to be, blocked numbers are calling me, hundreds of people tries to add me as friend on facebook and just as many are writing to me. I appreciate all the positive feedback, but I’m not interested in any blind dates, talks about my appearance or any other wierd stuff.

I feel like my place in the “spotlight” is over, and I’m very, very okay with that.

I have to accept all of the comments on youtube, so I end up reading them all. I can’t seem to understand how that many people can have so extremely much negative things to say to me. It’s unbelieveable! I don’t really take it personally, but it suddenly hit me how many fucked up people there are in this world, it actually shocks me.

What makes people fall in to such a dark place? What makes them say all those terrible things to me? I really don’t get it. Are they jealous, because they know that they wouldn’t handle it? Does it make them feel small, because they are hitting their kids themselves?

They all try to make me feel bad about being a patient and loving mother. And that just have to mean one thing – they know they are terrible parents themselves, and tries to justify their own actions by insulting my patience and the love for my children. And for those who doens’t have kids – they know they will be, at some point.

I just have one thing to say to them; I go to bed with a clean consciousness every night – you can’t make me feel bad. Just fuck the hell off.

While my kids have been with their dad this week, I’ve done absolutely nothing useful. I’ve been sleeping longer than I used to when I was 14, and the couch have been my best friend. I wanted to clean the entire apartment and get some useful things done, but clearly not.

I think I’ve been so worn out and tired recently, so I just had to rest this week. I feel like a tired 40-year-old these days, lol. I don’t have the energy to do anything.

Any good tips to get my energy back?

Since a lot of people have asked for more videos, I made you guys a little something. I hope it makes you smile.

I never expected this video to be on TV! Yesterday a team from a Norwegian TV channel came to our house and interviewed us. I invited some of my friends over to watch it together and drink a few beers, and we had a great time. It was so wierd to see myself on TV, I’d never dream of it. Everyone had a great laugh, and friends and family kept calling me all evening.

(bad picture) From the left: Marion, Emma, Veronica and Iselinn.

When I was 18 years old, I got pregnant with my boyfriend. We’d been together for alomst 2 years, and we got quite scared. I was 11 weeks pregnant when I first found out, and we soon found out that we were expecting twins. It was so unreal, I didn’t believe it.

I was not ready to be a mom, but I knew I could handle it.

When I was 27 weeks pregnant, my water broke and we rushed to the hospital. They luckily stopped the birth, but I had to stay in the hospital for observation. After 2 weeks in the bed, the birth started again and I had to have a c-section. It was really painful after, and it took 24 hours before I could see my kids. It was horrible, and I cried and cried for hours.

When I first got to see them, they were in incubators and needed help breathing. They were both very sick and needed medicine for 2 weeks before they got better. But luckily, everything turned out OK.

They are soon 3 years old, and healthy, normal, identical twins. They have a lot of energy and they are turning me crazy sometimes, but I love them more than anything in the world. Their father have them every other weekend and two days a week, and he’s a great father.

I was very surprised when I first saw them, and did not expect this…

I was surprised when my video had 200 hits, and now it’s closer to 800 000! It’s unbelieveable! And it’s so many people that are contacting me everywhere, and it’s surely impossible to answer them all. I really appreciate all the positive feedback I get, and all the nice things people are saying about me, it’s so unreal and I can’t quite believe it. 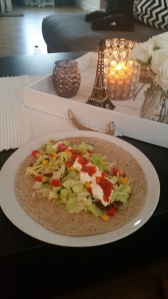 This evening I have my good friend (and newly hired manager – lucky me) Marion Larsen Teigen (she’s single) over for a visit. We are eating tacos, drinking a few beers, reading feedback from my movie, and watching movies. The twins are with their daddy, while I enjoy a quiet evening for a change.

I will update the blog regularly, and try to make some more funny videos of my twins! So stay tuned…:)

Hi. For a few days ago a friend suggested a bedtime routine for me, and I thought I should try it out. I’ve been having a hard time getting my twins to bed recently because of the heat and long, sunny days, and I thought I’d try something new. But I was pretty certain it wouldn’t work, so i filmed it.

Normally, I would put them to bed, sing a few songs while tickeling their backs and close the door behind me. That worked out great, and they usually felt asleep within 30 minutes. But that changed.

I posted the video on my facebook wall, and it went viral in a really short time. That was not my purpose, but I thought it was quite funny actually, and people kept sharing it. Suddenly it had over 100 000 views, and it kept spreading.

Comments appeared frequently, and I tried to keep up. And the comments became mean, hurtful and disrespectful, and this is why I’m writing this post. When you call me a bad mom, tell me I never should have kids and encourage me to hit my kids, I can’t just sit back and say nothing. I won’t.

I live in Norway, and if we hit our kids we lose them. Thank god for that! I live in a peaceful country with low crime, and I love it here. Many of the people commenting on my youtube video said that they are spanking/hitting their children. They also said that they were spanked in their childhood, and that it didn’t affect them. Well, is that really true? It make them hurt their own children, because they grew up that way themselves. It’s wrong. But go ahead, treat your children however you want, that’s not my concern.

What I want to achieve, is to tell you that I’m not a bad mom. I’d do anything for my children, I really would. I will tell you about my bedtime routine, since so many people are commenting negative stuff about it;

After they have taken a fairly long shower and brushed their teeth, I put them in their beds. They have always shared a room, the only exception was in the video – because I tried a new method, and it didn’t work out. And yes, they do have blinds in their windows, even though it doesn’t look like it in the youtube video. When the door is open, the wind blow the blinds away from the window, and let the sun into the room. When the door is closed, it’s fairly dark in there.

After we have spoken a few minutes about how their day was, I tickle their backs and sing for them. I’ve tried to read books for them, but they aren’t interested in listening to me reading, so I sing instead. I keep tickeling and singing until they are asleep, sometimes it’s 5 minutes and other times it’s an hour.

Leon normally wakes up after an hour or two, and I end up carrying him into my bed, to prevent him from waking up Nathaniel. I tickle and sing for a few minutes again, and Leon is once again asleep. Normally an hour later, Nathaniel wakes up and walks straight into my room. I tuck him in, and leave the room. I really don’t mind them sleeping in my bed, I think it’s comforting and really nice. I only wish they didn’t use 90% of the super king size bed, forcing me to sleep in the footend. But, I’m used to it by now.

When the weather gets normal and the sun sets earlier, I’ll go back to our normal routine wich I mentioned earlier in this post. But for now, this works for us. If you want to judge, be my guest. Now I’ve at least told my story.